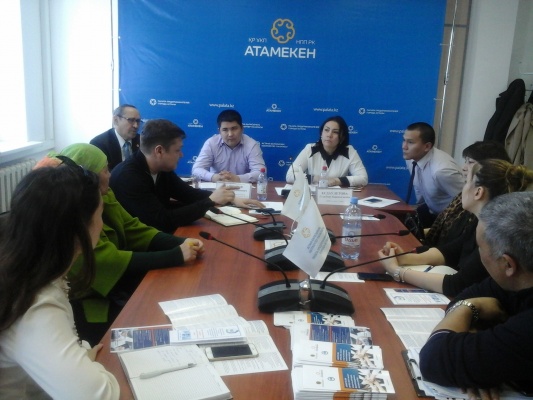 April 12, 2016 the specialists of the branch of RSE on REU "National Center for Expertise" in Astana city together with RSU "Department of Consumer Protection in Astana City" of the Committee on Consumer Protection of the Ministry of National Economy of the Republic of Kazakhstan held a meeting with the participation of the National Chamber of Entrepreneurs "Atameken".

Issues of sanitary-epidemiological audit were covered during the meeting.

The meeting was attended by Deputy Director of the Branch of RSE on REU "National Center for Expertise" in the city of Astana Akhmetov B.K., the sanitary-epidemiological expert audit, as well as businessmen and specialists from the Department of Consumer Protection of Astana. Following the meeting, the entrepreneurs were interested in carrying out of sanitary-epidemiological audit.